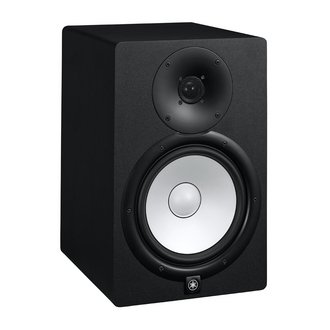 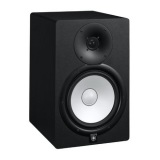 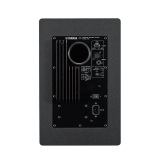 SKU:
$499.99
$349.95
$349.95
Unavailable
per item
A great monitor for Keyboards,  great speaker to use with the Neo Ventilator Systems,  also makes a great monitor for digital workstations like the Tyrus V.  Don't make the mistake of using a guitar amp or other speaker amplification system that cannot handle the Harmonic Range of an Organ or digital workstation or digital piano.  Price is for each speaker.  You can use one speaker or ideally two for stereo.

Here are the specs of these speakers:

2 available
Add to Cart
Here is what an independent reviewer of these monitors has to say about them:

Yamaha’s HS series are seen by some as the long-awaited successor to the company’s ubiquitous NS10M studio monitors, which came onto the market way back in 1978 and can still be found in countless commercial studios to this day. In a way, that’s slightly unfair on the HS.

The NS10 is still fiercely defended by its ranks of devotees, but the notoriously uneven frequency response and poor low-frequency extension make it an eccentric choice at best for the demands of modern dance music production. Sure, there are plenty of producers who know them inside out – and there are few monitors as revealing in the midrange – but 35 years on there are much more suitable options for electronic music makers.

The HS8 is an altogether more modern proposition, with a flat frequency response and impressively tight and deep bottom end. The original HS80M, released back in 2006, was impressive in its own right and the new HS8 is essentially an updated version of the same monitor, with slightly improved drivers and a redesigned cabinet. We prefer the HS8 over the smaller HS7 for its deeper bass response without sacrificing mid-range clarity. (The HS7s and HS5s are still good options if your budget won’t stretch to the larger model.)

So, a modern equivalent of the NS10? Not really. A different monitor with a much more contemporary sound which is far more useful for dance music production. But we will concede that the iconic white cone on the woofer is a nostalgic throwback to the NS10’s glory days.